Posted on May 1st, by Administrator in News. Comments Off on Battle reports from EU Masters 2013 by Torbjörn Hansson

I guess we can safely say that Rickard Nilsson and Torbjörn Hansson proved last year that the Swedish know how to play warmachine. Finishing second with his legion army, Torbjörn Hansson had some exciting matches that he was gracious enough to share with us in these battle reports, and we love the tales about his disbelieve/struggles with Dutch breakfast habbits :D 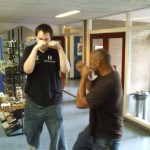